Microsoft introduced  ‘Windows as service’ with Windows 10 to introduce new features when they’re ready, without having to wait for the next major release of Windows.  Since its introduction the Bundle Commander Setup Store offers the latest versions of vendor setups from vendors like Adobe, Citrix, Microsoft, Novell, VMware and others as a service too.  Every week we inform our customers on social media and in our newsletter of ‘new entries’ and what are the top 10 most downloaded setups. 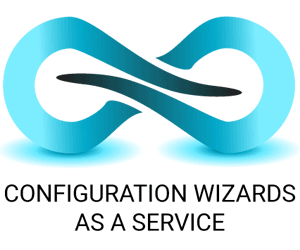 That’s what we’ve introduced as a new feature in Bundle Commander 2.0, which was released in June 2016. Let’s discuss Configuration Wizards as a Service in more detail.

When the Microsoft Office team released their ‘Windows Installer’, they also introduced the use of transforms or .mst files to be able to install an MSI with specific changes without changing the base MSI.

You’re able to create multiple transforms in order to be able to customise the same MSI for different purposes or groups of people. Using a transform file you can decide which features to install, which license key to use for which group of people, which shortcuts to install for which purposes etc.

Unfortunately only a few vendors did so. Adobe for example has a free ‘Adobe Customization Wizard’ to create a transform file for Adobe Reader and Adobe Acrobat.  The SMART Install Manager is also able to create transform files for SMART Notebook software. But that’s about it, looking for more is basically like staring into a black hole.

If you’re using ZENworks and want to deploy other MSI’s, besides the ones I just mentioned, most of the time you’re on your own configuring them. Some vendors have minimal documentation. Websites like ITNinja and unattended.sourceforge.net help you out with some basic tips and tricks. However most of the time it’s non-consistent, outdated nor easy to exactly find what you’re looking for. Here’s where our Configuration Wizards come in. Let’s start Bundle Commander 2.0 on a clean system and see how.

This is why on first launch you will see a wizard download log as shown in figure 1.

Every time you launch Bundle Commander and every time you start the Setup Store the collection of Configuration Wizards is checked for updates and newer wizards.

‘Notify for updated Configuration Wizards on startup or refresh’ enables you to be notified of newer or updated wizards. By default it’s ‘on’, but if you don’t want to be notified feel free to switch it off.

The Manager button starts the Configuration Wizard Manager which gives details about all wizards, their version numbers etc. (Figure 3).

If you double click on one of the wizard rows, the selected Configuration Wizard is shown. You can review its settings, but also change any available setting you want to change.

Let’s see how this works in real life. Let’s start the Setup Store and download the latest Java Runtime MSI and then opt to create a bundle for this MSI using Create bundle. This is shown in figure 4.

Let’s say you want to configure Show System Tray Icon. If you check this option, it’s stored in the data file for this Configuration Wizard. The next time you create a Windows bundle for Java RE, this setting will be checked automatically.

Java is a really popular MSI, or I should rather say ‘often used’. But what about supporting that ‘funky’ MSI which is provided by a local software company you’re working with? Now in the logo for ‘Configuration Wizards as a service’ we use an infinity logo and in the introduction to this article

This auto-generation takes about one or two seconds and is done on the machine you run Bundle Commander on.  (Figure 6)

An auto-generated Configuration Wizard is based on ‘best practices’ and can optionally be sent to our support team for further analysis, to be enhanced and for publishing purposes.

Best practices are related to removing shortcuts, preventing reboots, disabling auto-update mechanisms, database settings, basically anything which is typical to configure when you configure an MST for a selected MSI. This is why there’s a column User Generated in the Configuration Wizard. This is to distinguish between ‘user generated’ Configuration Wizards and wizards that are provided officially by and supported by Bundle Commander.

In parallel, after a Configuration Wizard has been auto-generated on the client side, it’s available immediately to transform the selected MSI.  So you don’t have to wait for our analysis and further analysis if you don’t have the time to do so.

Please visit our website, our social media, our Vimeo and Youtube pages for more details. We have many examples there now showing how this new Configuration Wizards as a Service feature is used.

If you have any questions, feel free to send me an e-mail to:  roel@bundlecommander.com